Are cosmetic products in the UK cruelty free? Yes!

Cosmetic products sold in the UK and Europe are not tested on animals. This is true whether or not the product makes an 'animal friendly' claim.

HomeWhat are the cosmetic laws and regulations?Are cosmetic products in the UK cruelty free? Yes! 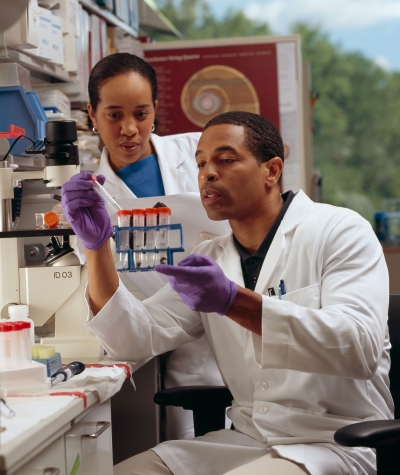 Cosmetic products sold in the UK and Europe are not tested on animals. This is true whether or not the product makes an 'animal friendly' claim.

How do we assure safety of cosmetic products?

All cosmetic products are required to be safe. Not only is there a legal obligation, cosmetic manufacturers also have a moral obligation to produce only safe products. It is important to the cosmetics companies that customers have confidence in the safety of the products they use. Every product must undergo a safety assessment before it can be placed on the market.

Industry's efforts are based upon five key principles:

The cosmetics industry has a long-standing commitment to the replacement of animal testing and plays a leading role in the development of alternatives by dedicating funding, time, resources and scientific expertise to this area of research.

The industry is a global pioneer in research into alternative methods that do not use animals and is proud of its investment and success in developing alternatives to ensure human safety.

Significant scientific advancements have already been made and the cosmetic industry's efforts have so far led to more than 20 alternative test methods being developed, validated and adopted by OECD (Organisation for Economic Co-operation and Development). These are available to all industries to be used in the place of animal tests. Research into alternatives is by no means complete and further efforts are focused on developing alternatives to replace the more complex "long-term" tests.

In addition to long-term funding of research into alternatives, member companies of the European cosmetics industry trade association, Cosmetics Europe, dedicated an additional 25 million Euros to a research programme for developing alternative approaches for systemic toxicity testing. The European Commission matched this amount, taking the total sum of this joint investment to 50 million Euros.

This investment led to the launch, in March 2011, of a programme of research called SEURAT-1. This stands for "Safety Evaluation Ultimately Replacing Animal Testing", which is the ultimate long-term target of the initiative.

The cosmetics industry has been researching alternatives for over 20 years. To co-ordinate industry's efforts a Steering Committee on Alternatives to Animal Testing (SCAAT) was set up in 1992.

As well as collaboration between cosmetic companies, and substantial funding, alliance between industry sectors is essential to the effective development of alternatives. In 2005, the European Partnership for Alternatives to Animal Testing (EPAA) was launched to promote collaboration between the European Commission and major companies from several industry sectors. The cosmetics industry plays a leading role in the EPAA.

The cosmetics industry is not the only industry sector to benefit from the development of alternatives. Scientists from other industry sectors such as the pharmaceutical, chemical and food industries are all legally obliged to use non-animal alternative methods where they exist.

To promote the use of non-animal alternatives internationally, the cosmetics industry also works closely with its partners in other world markets such as the United States, Canada and Japan and has hosted visits by the Chinese authorities.

The UK Home Office, the European Commission and the European cosmetics industry are working very closely with the CFDA and relevant Chinese laboratories to explain the way companies in the EU confirm the safety of their cosmetic products without the use of animal testing and to showcase the success of the cosmetics industry in replacing animal testing with alternatives and the progress being made by the wider scientific community as well as exploring the growing confidence in China over their use and adoption. We are already seeing some progress as the CFDA already accepts that not all cosmetics placed in China need to be tested on animals. Some products are exempted for instance if a company manufactures or fills its product locally, certain types of product would not require testing. Exemptions also apply to all products sold via e-commerce platforms in China.

The cosmetics industry has been working towards the elimination of animal testing for cosmetics for a long time and is co-operating fully in the successful implementation of the EU law towards a common-goal of ensuring safety without teting on animals.

The 2013 milestone, although passed, still poses major scientific challenges and the industry will continue to work closely with its key partners to address these.

The cosmetics industry is dedicated to taking part in the huge scientific challenge of developing alternative methods and is confident that, in time, research efforts will allow for continued innovation and safety assurance of cosmetic products, without the need for animal testing.

Where can I find out more?

For information on the progress of replacement of animal testing in China, see the Foreign and Commonwealth Office's Blog Post "First non-animal test method accepted by China".

For more information about replacing animals in experimental research visit the FRAME (Fund for the Replacement of Animals in Medical Experiments) website.

Find out more about the Cosmetics Europe research programme on alternatives to animal testing and the Long Range Science Strategy (LRSS).

Visit the Cosmetics Europe website for more information on the marketing ban and on alternatives.