What do we mean by 'carbon footprint'?

HomeSustainable cosmetics and the environmentWhat do we mean by 'carbon footprint'? 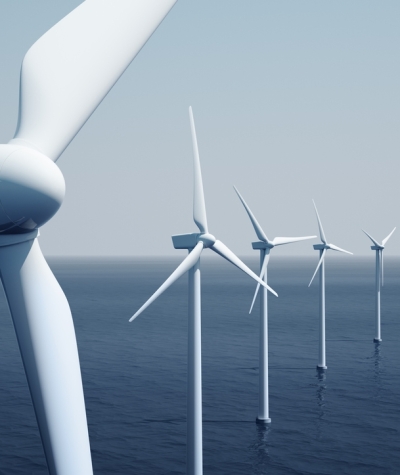 We have all been concerned about saving energy for many years; after all, whether it is gas, electricity or petrol for our cars, it is expensive. But now we continually hear about carbon footprints. What are they and how useful an idea is it?

Whenever a product is made, energy is used. And generating that energy, by burning coal in a power station, for example, releases carbon dioxide into the air. We can measure how much carbon (dioxide) is used to make each product. This is called a 'carbon footprint'

Energy can be generated by burning coal, gas and oil; from renewable sources such as wind power, or from nuclear reactors. Burning oil, gas or coal releases carbon dioxide, a greenhouse gas. Carbon dioxide traps heat in the Earth's atmosphere and keeps the planet warm. As the world's economy expands, more carbon dioxide is released and most scientists believe the earth is getting warmer. This will change weather patterns, causing droughts, floods and increasingly violent storms. This will affect our ability to grow food and other crops and some areas of the world may become uninhabitable. Most scientists agree that we need to reduce our emissions of carbon dioxide.

Industry is being encouraged to reduce energy use and, to help achieve this, to measure how much carbon (dioxide) is used to make each product. This is called a 'carbon footprint'. To obtain a carbon footprint means looking at everything that goes into making a product and working out how much energy has been used in total. Make a few educated guesses at where all this energy came from and we can convert that into how much carbon dioxide was produced, giving us our carbon footprint.

This is very difficult and many assumptions have to be made. Change some of those assumptions and we get a different answer. It is also time-consuming and expensive, making it particularly difficult for small companies.

We have all been concerned about saving energy for many years; after all, whether it is gas, electricity or petrol for our cars, it is expensive. But now we continually hear about carbon footprints. What are they and how useful an idea is it?

Energy can be generated by burning fossil fuels such as coal, gas and oil; from renewable sources such as wind power, hydro-electric, photo-voltaic (electricity from sunlight), waves in the sea; or from nuclear fission. Burning oil, gas or coal releases carbon dioxide, a greenhouse gas. Carbon dioxide is a natural part of the earth's atmosphere; it allows in heat from the sun but stops most of that heat escaping again back into space. Without carbon dioxide trapping heat from the sun, our earth would be too cold to be inhabitable. But by burning fossil fuels, we are releasing increasing amounts of carbon dioxide into the air and scientists worry that this will trap even more heat from the sun, increasing the earth's temperature. This in turn will make more areas of the earth uninhabitable and make our weather more extreme and unpredictable. Most scientists agree that we need to reduce our emissions of carbon dioxide.

Some argue that nuclear power is the answer as this does not release carbon dioxide. However, we have not yet found a good way of dealing with the spent fuel, which is highly radioactive. Others say that energy from renewable sources such as wind power is better. But wind turbines only work about 30% of the time* and traditional power stations are needed as back-up. Will this really reduce our carbon emissions? And we must also account for the carbon emitted when manufacturing and building the nuclear power stations and wind turbines.

No matter what the eventual decision, industry is being encouraged to reduce energy use and, to help achieve this, to measure how much carbon (dioxide) is used to make each product. The idea is to go right back to the raw materials and take into account every bit of power used from growing a plant on a farm right through to making our cosmetic product, use by the consumer and dealing with the resulting waste. Depending on the energy source used at every stage, this can be converted to a weight of carbon emitted. Adding up every strand of supply, use and disposal gives a figure for each product which can then be compared against other products or products from different manufacturers.

As you can imagine, calculating a carbon footprint is complex and difficult. For our cosmetic product, every ingredient will have to be traced back through its distribution system, its manufacture and ultimately to its original source, calculating how much carbon dioxide is emitted at each step of the way. Add in a similar exercise for every packaging component, such as bottles, caps and labels, how the consumer uses the product, and how the empty bottles are collected and recycled and we begin to understand the problems. Many assumptions and compromises have to be made along the way.

There are a number of formal methods that may be used but they all make different assumptions and compromises and their results do not compare. At the moment, there is not the right sort of data that is suitable for the cosmetics industry and its products. Its complexity also means it is expensive and time-consuming to carry out so it is difficult for small companies to afford and manage. Certainly, the idea that products may be labelled with a carbon footprint and compared on a retail shelf is now being seen as far-fetched.

Another weakness is that carbon footprinting is a "single issue" problem; it is only looking at one part of the overall picture. The danger is that by focussing on one issue, environmental effects are just transferred elsewhere, for example by inefficient use of water or by increasing emissions of other pollutants.

However, carbon footprinting does have its uses. Companies using one of the methods available can examine a number of their supply chains and find those areas where there are meaningful opportunities to reduce greenhouse gas emissions. It can help focus in on areas where real improvements can be made.

The modern view is that Life Cycle Thinking is a better approach, taking a balanced view of economic, social and environmental sustainability. Carbon emissions are just one part of a life-cycle assessment. Life Cycle Thinking and Life Cycle Assessment are covered in more detail in another section