Parabens are a family of both naturally-occurring and man-made substances. Specific members of the paraben family are approved for use as preservatives in the UK Cosmetics Regulation, and have been endorsed by the competent authorities of all Member States.

HomeSafety of cosmetics - your safety matters to usAre there any toxic ingredients in cosmetics? No!Myths about parabens 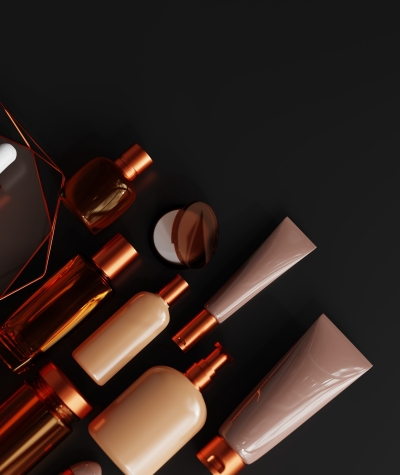 Parabens and their derivatives can be found in plants such as blueberries, or even in green tea. Specific members of the paraben family are approved for use as preservatives in the UK Cosmetics Regulation, and have been endorsed by the competent authorities of all Member States. They are also approved food additives in the UK and EU and are very common compounds in food, beer, medicines, etc. They are among the most widely used of preservatives, having been in use for more than fifty years with an excellent safety record.

What are preservatives? Are they safe?

Parabens are a class of substances widely used as preservatives in cosmetics, foods, pharmaceuticals and other household products. They keep products free from bacteria, moulds and fungi that would otherwise spoil the product and could cause real harm to the user.

Some members of the paraben family have been approved for use as preservatives in cosmetic products. Cosmetic products are only allowed to contain preservatives which are specifically included on a list within the UK and EU Cosmetics Regulations. Adding ingredients to these lists is a very complicated and rigorous process; numerous safety tests on all different aspects from skin irritation to genotoxicity and reproductive toxicity, all in the context of how that ingredient is going to be used in cosmetic products in real-life, need to be submitted to the EU Commission's independent expert scientific panel for review before the preservative can be approved as safe for use.

Are parabens in cosmetics safe?

Yes - parabens are one of the most thoroughly studied classes of cosmetic ingredients. In Europe and in the USA, independent expert scientific panels have conducted safety assessments on different members of the paraben family several times and confirmed their safety. Only the specific parabens which have undergone a rigorous safety assessment are allowed to be used in the UK and the reason why some parabens have not been authorised for use in the UK is simply because they have not been investigated. The opinions from the EU expert scientific panel, the Scientific Committee on Consumer Safety (SCCS) may be viewed at the SCCS website. Authorisation under the UK laws is based on the SCCS assessments.

An easy to ready summary of several opinions is also available from the European Commission.

Regulatory authorities from around the world have independently reviewed parabens in cosmetics and found them to be safe. Organisations such as Cancer Research UK, the NHS and the American Cancer Society all state that a link cannot be made between parabens and breast cancer.

Do parabens cause cancer?

There is no evidence of a link between parabens in cosmetic products and cancer. The stories alleging this are based on one small scientific study that has been widely discredited. The parabens stories began in 2004, after a study was published looking at the concentration of parabens in human breast tissue. The study reported finding parabens in samples of human breast tumour tissues, but it also found quantities of parabens in “blank” samples that did not contain any tissue at all. It was an extremely small study of 20 breast tumour cases and did not include any normal tissue for comparison. The research did not find a causal link between deodorants and antiperspirants and breast cancer. In fact, the original study's authors did not claim that parabens cause breast cancer.

Parabens have been safely used in cosmetic products for over 50 years.

Another popular myth about parabens in cosmetics is that they disrupt the endocrine system. When we hear about 'endocrine disruptors' and cosmetics, this usually refers to the idea of oestrogenic effects. It is important to remember that just because a substance can show oestrogenic activity, it doesn't mean it is going to disrupt the endocrine system. How can this be the case? In fact, many naturally occurring substances have the potential to show oestrogenic activity; this includes parabens and also phytoestrogens, which occur in plants. Foods high in phytoestrogens include soy, garlic and coffee. There have even been some claims that phytoestrogens are beneficial for fighting hormonal cancers, such as breast cancer!

To put the activity into context, the activity of parabens is 10,000 times weaker than phytoestrogen and 1,000,000 times weaker than oestrogen. A paper published in 2013 commented that the differences in potency between parabens and synthetic oestrogen used in the contraceptive pill are by several orders of magnitude higher than those between the toxicity of table salt and cyanide. Just to be even more certain, within the body, parabens are very quickly broken down into smaller molecules which don't have any oestrogenic effect.

Therefore, at the tiny concentrations at which parabens are used in cosmetics, there is no possibility that they can have an effect on the endocrine system.

Do parabens cause skin allergies or sensitivity?

Parabens do not lead to skin sensitisation - in fact, the American Contact Dermatitis Society awarded parabens its “Contact Non-Allergen of the Year Award” in 2018, recognising the fact that parabens are only very rarely associated with allergy.