'Endocrine disruptor' is the term given to certain chemicals which allegedly act as, or interfere with, human hormones in the body and lead to harmful effects.

HomeSafety of cosmetics - your safety matters to usAre there any toxic ingredients in cosmetics? No!Myths about endocrine disruptors 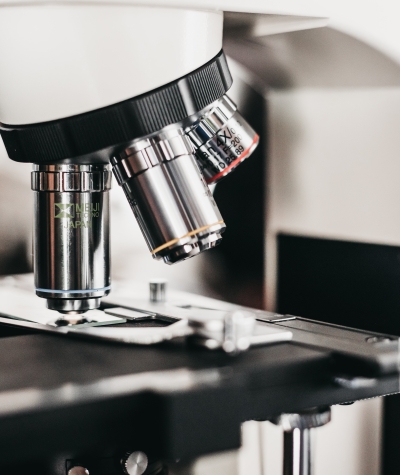 These include chemicals that are alleged to interfere with sex hormones (specifically oestrogen). This is a broad group that includes some substances classified as persistent organic pollutants (POPs) such as PCBs, dioxins, DDT and chlorinated pesticides.

The World Health Organisation (WHO) defines an endocrine disruptor as follows:
"An endocrine disruptor is an exogenous substance or mixture that alters function(s) of the endocrine system and consequently causes adverse health effects in an intact organism, or its progeny, or (sub)populations".

The crucial point is that an endocrine disruptor produces adverse health effects in a whole body.

Dr Chris Flower, a toxicologist and Chartered Biologist
"It is true that certain substances may mimic some of the properties of our hormones or may, under experimental conditions, show a potential to interact with parts of the endocrine system, but these conditions are not related to real life. It is important to stress that just because something has the potential to mimic a hormone does not mean it will disrupt your endocrine system."
"There is a legal obligation for manufacturers and importers to carry out a rigorous safety assessment performed by a qualified, scientific expert before placing a cosmetic product on the market. The assessment covers all potential risks, including possible endocrine disruption."

Certain ingredients used in cosmetics and personal care products have also been claimed to be 'endocrine disruptors' because they have the potential to mimic the hormone oestrogen. The claims include some phthalates, UV filters, and parabens. It is important to stress that just because something has the potential to mimic a hormone does not mean it will disrupt your endocrine system.

The terms 'endocrine mimic' and 'endocrine disruptor' should be kept separate: they are not synonymous. Many substances, including natural ones, may mimic hormones but very few, and these are mostly potent medicines, have ever been shown to cause disruption of the endocrine system.

There is currently no evidence that at low levels endocrine mimics harm human health. Scientific studies have consistently failed to establish a causal relationship, yet some scientists and activist groups continue to campaign that trace levels of synthetic chemicals have a role in human illness. This continuing focus may be attributed to our increased ability to detect minute traces of chemicals.

Relative potency is a way of comparing the 'strength' of two substances for their ability to produce an effect. It shows that ingesting equal amounts of substances with different potencies will have different effects.

Probably the most common true artificial endocrine disruptors are the contraceptive pill and hormonal therapies, both of which are readily ingested as a lifestyle choice or for their therapeutic benefits. Even these substances are actually much less potent than naturally occurring oestrogens to which the human body is continually exposed, so they generally need to be given in high doses in order to achieve their intended effects.

As an example of relative strength, or potency, the UV filter benzophenone-3, which has been accused of being an endocrine disruptor, is 1.5 million times less potent in its oestrogenic effect than ethinyloestradiol which is used in oral contraceptives. Looking at this in another way, if aspirin were 1.5 million times lower in potency, you would need to consume more than thirteen times your body weight of pure aspirin at one time just to cure a headache. Clearly, that is not possible. In exactly the same way, it is not possible to be exposed to sufficient of these so-called endocrine disruptors to have any disrupting effect; they are simply too weak.

Many so-called 'endocrine disruptors' (actually endocrine mimics) are abundant in nature. We ingest them in the food we eat in concentrations many million times greater than in cosmetics and personal care products. Endocrine mimics include phytoestrogens - oestrogen-like compounds found in plants. We eat these in foods such as cabbage, soya beans and sprouts. No adverse health effects have been associated with these dietary exposures.