The history of making cosmetics 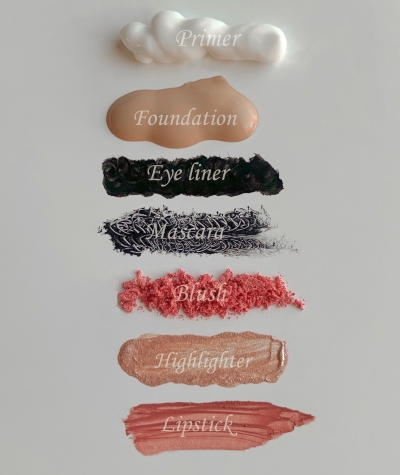 Did you know cosmetics have been around for over 12,000 years?

In our bathroom cabinets, our toiletry bags, work drawers, handbags, baby bags and glove compartments are pots, wands, sticks, tubes and bottles of incredible science that play an essential part in our daily lives. From our morning routines to our bedtime rituals, our favourite cosmetic and personal care products help us to look our best and feel our best.

However, cosmetics have been with us for over 12,000 years and perhaps even longer, and companies work to bring new innovations to people as our habits and needs change. Indeed, cosmetic and personal care products play an essential role in supporting people's health, self-esteem and wellbeing.

With so much history, there have been thousands of inventions and stories around cosmetic products, so let's see how some of this came about:

A timeline of cosmetic product development

10,000 BC - ancient Egyptian people use cosmetic products heavily, including scented oils and creams for everything from skincare to religious ceremony

3000 BC - our earliest traces of nail lacquer come from this time, developed by the Chinese and made from gum Arabic, beeswax, egg white and coloured powder

2000 BC - the first recorded evidence of lipstick use dates back to the Sumerian city of Ur.

1500 BC - in China and Japan people of high standing (both men and women) would use rice powder paint to whiten their faces, eyebrows were also plucked and teeth were painted black or gold

37 - 68 AD - Emperor Nero and his wife Poppaea used cosmetics liberally, including white lead and chalk for the skin, Egyptian kohl for eyelids and lashes, algae extract for the cheeks, barley-flour and butter as a cure for pimples and pumice-stone for whitening the teeth

Women's fashion in the UK was to shave the forehead, pluck out eyebrows and eyelashes and whiten their faces and bosoms with ceruse - a mixture of powdered leads and vinegar

During the Elizabethan era, women wear egg white on their faces for a shiny look

Women used belladonna (or deadly nightshade) to make their eyes more luminous, despite the knowledge that it was poisonous, the product would dilate the pupils

1889 - first deodorant developed in cream form by a mum and inventor, Edna Murphey, in Philadelphia. She called the product 'Mum'!

20th Century and beyond

1920's - Coco Chanel is seen with a tan on the Duke of Westminster's yacht, having a sun tan becomes more popular as a result

1922 - Tutankhamun 's tomb is opened by British archeologist Howard Carter and his team of workers, numerous pots of highly perfumed pomade are discovered, smelling nearly as good then as when they were first made

The war leads to the development of synthetic detergents that formed the basis of modern shampoos, toothpastes, sunscreen products for servicemen and skin protection products for female factory workers

1952 - inspired by the ballpoint pen, the first roll-on deodorant was introduced

1952 - One of the first recycling initiatives for cosmetics is piloted in the UK, a lipstick container recovery scheme prompted by a shortage of brass

1978 - TPF changes its name for the final time to the Cosmetic, Toiletry and Perfumery Association (CTPA), to be clear about the industry it represents.

1993 - the launch of the industry charity, Look Good Feel Better, which was set up to help support people dealing with the emotional and visual side-effects of cancer treatment.

2008 - CTPA breaks new ground for a trade organisation by launching a dedicated consumer website, www.thefactsabout.co.uk providing easy to understand information about the science behind cosmetic products and their safety, correcting myths and misinformation.

2013 - the EU puts into place the final stage of the ban on testing cosmetic products and ingredients on animals, anywhere in the world, in order to sell cosmetics in the UK and EU.

2021 - the UK establishes its own cosmetics laws, independent of the EU. The UK laws uphold the gold standard of safety and the animal testing bans for cosmetics sold in Great Britain.